The former grandeur of Domaine Rennepont is preserved in this domain, which surfaced in writings as early as 1706. Built as a monastery farm under the reign of the Abbey of Clairvaux, it quickly expanded and was used by several noble families, the ‘Seigneurs et Marquis de Rennepont’. 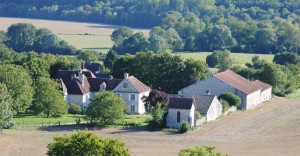 In the early 1900’s, the buildings have fallen into decay and were mainly used as a farm. In 2004, the first major renovations begun and the new tourist destination finally started taking shape. For the inhabitants of Rennepont, the domain still goes by the name ‘Le Chateau de Rennepont’.

Jim Alwart
19:17 24 Jul 22
The place you want to get married or attend a serious and marvelous wedding

Jc Witte
21:05 12 Jul 22
Nice small and quiet camperspot at a B&B. Clean toilets and showers. If you have the time on your way to the south or back home this spot is worth taking a small detour.

Auré Gumy
16:42 15 Oct 21
Rennepont is a really peaceful and charming little village with its stone houses. The estate has a large garden which can accommodate a large number of people for weddings or other events. Events take place regularly during the summer

Carlijn van der Plas
12:07 06 Sep 21
Tim and Resi are the most cordial people we have met in recent years. My (now) husband and I came to the location two years ago and there was an immediate click. We trusted Tim and Resi blindly in their organizational skills, but we never dreamed that it would be such a beautiful wedding. Rennepont is the most beautiful place in France and with these two toppers you not only get married with each other and your friends and family, but you also get two new friends, who were just as moved during the weekend as we and our loved ones. Resi cooked the stars of heaven the days before our wedding, and Tim provided extra gifts on the day of the ceremony such as a photo shoot on location, extra attention for the elderly present and making sneaky videos. We could not have imagined a better weekend and are forever grateful to Tim and Resi for all the magical moments and good care we experienced! Thank God we still have the memories :-).

Christian Mayeux
17:34 30 May 21
Very pleasant stopover in this magnificent park despite the rather gloomy weather

Marion K.
14:06 08 Sep 20
EXCELLENT! A completely exotic place. Adorable managers the place and full of history and passion this weekend was really amazing! I keep and recommend the address with a good heart: D

Alan Higgins
07:21 16 Aug 20
What an excellent find! We spent one night here in our motorhome, parked amongst the apple trees. Welcoming owners, great facilities - including a newly completed shower and WC area. Water and electricity on site, We would highly recommend.

Sandru Vlad
15:46 26 Jul 17
An absolute fantastic place! It's one of few places that deserve 5*. Hosts (Tim and Resi) are amazingly friendly and easy going. Found this place by mistake, best mistake in our travelling through France!